We are currently redesigning the SAVI (Smart Applications on Virtual Infrastructure) multitier cloud testbed to provide an application platform for smart city experiments, and specifically to deploy in the City of Vaughan, a rapidly growing city north of Toronto.  In this talk we will discuss the various open source software that we have considered, experimented with and selected for our platform.  We will focus on our design of the critical middleware layer, but also discuss the deployment of ML in the multitier cloud and the issues that arise in introducing widespread containerization. 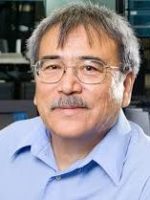 Alberto Leon-Garcia is Professor in Electrical and Computer Engineering at the University of Toronto.  He is a Fellow of the Institute of Electronics an Electrical Engineering “For contributions to multiplexing and switching of integrated services traffic”. He authored the textbooks: Probability and Random Processes for Electrical Engineering, and Communication Networks: Fundamental Concepts and Key Architecture.  Leon-Garcia was Founder and CTO of AcceLight Networks in Ottawa from 1999 to 2002.  He was Scientific Director of the NSERC Strategic Network for Smart Applications on Virtual Infrastructures (SAVI), and Principal Investigator of the project on Connected Vehicles and Smart Transportation.  SAVI designed and deployed a national testbed in Canada that converges cloud computing and software-defined networking.  CVST designed and deployed an application platform for smart transportation. Leon-Garcia is Founder and CEO of StreamWorx.ai which offers massive-scale, real-time streaming, analytics, and machine learning software for network operations and cybersecurity applications. 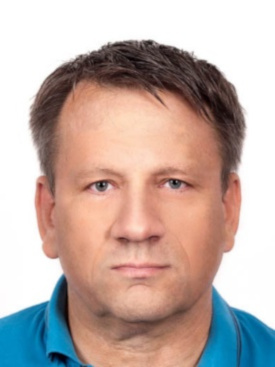 Sławomir Kukliński received his PhD with honours from Warsaw University of Technology in 1994, and since then, he is Assistant Professor there. He teaches mobile and wireless systems. From 2003 he has also been working for Orange Polska as Research Expert focused on mobile and wireless systems with emphasis to self-managed and cognitive solutions. At present, he works intensively on network slicing. As a principal investigator he led many national research projects and was involved in many international projects, including FP6 MIDAS, FP7 EFIPSANS, FP7 4WARD, FP7 ProSense, Celtic COMMUNE, he coordinated Polish-Luxembourgish project on Cognitive SDN (CoSDN). At present, he is involved in EU-Japan project 5G!Pagoda, EU-China project 5G-Drive and  EU projects 5G!Drones and MonB5G. He was working on SDN standardization in ITU-T (Study Group 13) and now is involved in IETF and ITU-T activities on network slicing. Slawomir Kukliński has published more than 50 conference and journal papers, served as a member of TPC of many conferences, and gave several invited keynotes.

The nexus of increased computational density and high-speed ubiquitous network connectivity is enabling a new class of “Edge Autonomy” Aapplications. These are fully-decentralized, peer-to-peer systems able to interact intelligently with their environment. These complex systems integrate software and hardware components from many providers requiring a new class of “network connectivity standards” that provides the foundation for robust, real-time syntactic and semantic interoperability. In this presentation, we provide examples of edge autonomy applications and introduce some of the standards that address the connectivity challenges of these systems. 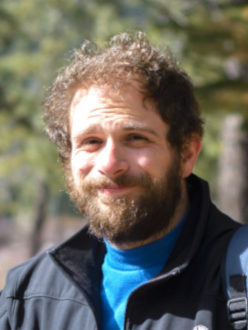 Fernando Garcia-Aranda is a Senior Software Engineer at Real-Time Innovations (RTI). He holds a BSc in Computer Systems Engineering from the University of Cordoba and a MSc equivalent degree in Computer Engineering from the University of Granada. He is an active member of the Object Management Group, where he has authored a number of adopted specifications, and chairs several revision and finalization task forces. He is also a member of the AUTOSAR consortium where he led the integration of DDS in the new AUTOSAR Adaptive Platform for automotive systems. His research interests include peer-to-peer and data-centric architectures, deterministic networking, and distributed IIoT systems.

As the 5G enters a stable phase in terms of the system architecture, 3GPP Release 17 starts to investigate advanced features that would shape its evolution. This talk aims to provides an insight analysis for mobile networks beyond 5G considering the advancements and implications introduced by the evolution of softwarization, agile control and deterministic services. It elaborates the 5G landscape elaborating new business prospects, emerging use cases and key technologies that constitute the pillars for the evolution beyond 5G considering new radio paradigms, micro-service oriented core network, native IP based user plane, network analytics and the support of low latency – high reliability.

Konstantinos Samdanis is a Research Project Manager in Nokia Bell Labs, Munich being involved in the evolution of 5G core network focusing on network analytics, MEC, IIoT and the corresponding standardization activities in 3GPP SA2 and SA6. Before December 2018 he was a Principal Researcher with Huawei Technologies Co., Munich being a part of the product line strategy team for 5G carriers and SDN control, actively participating at BBF and IETF as an reporter and delegate, while also acting as a project manager for the Huawei team in 5G-PICTURE EU H2020. Konstantinos worked for NEC Europe, Germany, as a Senior Researcher and a Backhaul Standardization Specialist between 2009-2016. He was involved in numerous EU projects including 5G-NORMA, 5G-AURA, CROSSFIRE, iJOIN, BeFemto, and Business Unit projects on SON as well as in various standardization activities primarily in BBF, and secondary in 3GPP SA2 and SA5. He received an M.Sc. and Ph.D. degree from Kings College London in 2003 and 2009 respectively..